The pros and cons of Google reCatpcha for your website

Why Google reCAPTCHA is your best solution to block spambots from website enquiry forms but it's not always advisable: Spambots flooding website form submissions has long posed a problem for business owners, clogging email inboxes with irrelevant messages and wasting valuable time. 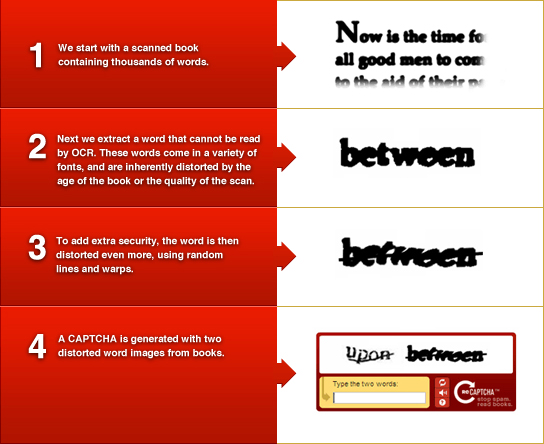 Whether the spam is a phishing scam, has intent to spread malware or simply is advertising a third-party product, it is the bane of every business owner’s existence.

There is a way to regain control over your business inbox, however it’s important to acknowledge that it comes with the risk of losing leads.

CAPTCHA solutions have been providing user authentication since 1997, for the most part helping to weed out the bots; the acronym actually standing for Completely Automated Public Turing test to tell Computers and Humans Apart.

However, the technology has been forced to evolve over the years due to spammers continually finding a way to sneak bots through, such as sponsoring “CAPTCHA farms” in developing countries - essentially sweatshops - to help decode the security measures.

CAPTCHA has evolved considerably since the first release in 1997, developed by Luis von Ahn. Today, there are quite a few different formats, with a popular option being Google reCAPTCHA.

The best solution on the market, due to Google’s massive R&D budget, reCAPTCHA enables users to conveniently click a checkbox to verify their sentience through.

In fact it’s fair to say that because of the amount of money Google can invest in ongoing technological advancements, reCAPTCHA is the only option available that probably won’t eventually be broken by bots.

How does Google reCAPTCHA work?

First pushed to websites from 2007, the early versions of reCAPTCHA utilised scanned newsletter archives - then old books after being acquired by Google from Von Ahn - and asked humans to confirm they weren’t bots by reading distorted text and typing it into a box. It wasn’t until 2014, when AI was able to crack even the most complex of CAPTCHA systems with a percentile accuracy of 99.8%, that the “No CAPTCHA reCAPTCHA” system was implemented.

Google’s changes to reCAPTCHA monitors online behaviour until the security checkpoint is reached, with an algorithm determining if it is human-like or bot-like. In most instances, you simply need to click “I’m not a robot” and move on.

However, if the behaviour of the page interaction is determined to be bot-like, the reCAPTCHA will open a set of images and task you to select all images that have a specified object in them. It’s effectively a second line of defence and one that’s much more mobile-friendly than tediously typing out a line of distorted text on your phone.

Why reCAPTCHA isn’t for every business

At Kook, we consider Google reCAPTCHA a reliable method of preventing spambots breaching en masse. However, before implementing reCAPTCHA on your website it’s important be mindful of the following.

When making a decision on whether to add reCAPTCHA, it is important to understand the customer demographic and their capabilities. As an example of how conversions can be affected, consider an elderly customer of a taxi firm faced being confused by the “I’m not a robot” step on an enquiry firm.

In this instance, it would be important to clearly explain the purpose of the “I’m not a robot” button to help guide the customer to successfully submitting their enquiry and achieving a business conversion.

If you’d like Google reCAPTCHA or another robot security measure installed on your website’s contact forms, speak to the web development experts at Kook today.