Why Google Cloud Platform's website hosting is a no-brainer 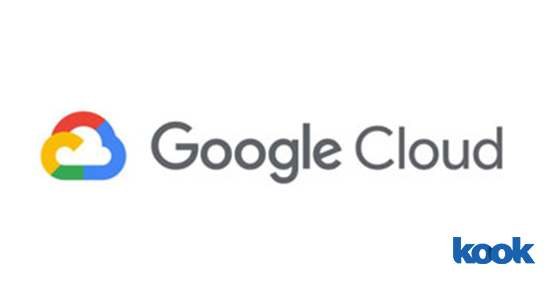 Website hosting options have always been a little tricky to understand in layman’s terms, however Google Cloud Platform (GCP) has simplified things – making hosting cheaper and faster with overwhelming benefit to you.
Under traditional hosting options, the actual cost of the server where your website files sit can vary greatly, from very budget-friendly shared systems to quite expensive dedicated environments. The advantages and disadvantages of both were really only noticed when something went seriously wrong with your site and you needed help from your host, although if you sensibly opted for the higher standard of hosting its cost always made a noticeable impact on your bottom line.
Luckily times have changed. With Google having invested a substantial amount of money into providing its own hosting solution, it’s now possible to achieve dedicated hosting on world-class infrastructure for a similar price to a cheap shared system.

GCP enables businesses to take advantage of the investments Google has put into making their own hosting services work lightning fast around the globe. Interestingly, though, this is somewhat of a by-product of Google’s investment into services such as YouTube and ensuring massive quantities of videos can constantly be streamed around the world to millions of people at a time.
Where a hosting company in the past may have had a single datacentre in Sydney, one in Europe and another two in the US, Google has created an enormous network of datacentres built in groups of at least three at a time. They’ve put three in Sydney, 18 in Europe, 23 in the US and 24 in Asia, with further expansion including Melbourne coming soon.
The amount of physical hardware invested would simply not be viable for a company that just hosted websites, as even very large hosting providers would not be able to sell to this scale.

The need for speed: why it matters to you

OK, so if this massive infrastructure network enables Google-owned services including YouTube to work as fast as they do around the globe, that’s amazing. But what does it mean for your website?
Put simply, by hosting your website on Google Cloud Platform, you also get speed!
With pagespeed or page-loading times having become a critical factor in Search Engine Optimisation (SEO) due to changes in the Google algorithms, having a website that responds within fractions of a second is only possible with top-notch hosting. As such, GCP is the best way possible to improve speed to a level that avoid penalties that hinder your site’s ability to rank higher.

Other advantages on offer

In addition to providing fast, robust and cost-effective website hosting, GCP has more advanced features that most other website hosting providers just don’t offer – or that are offered on request only, usually resulting in delays.

One example of this is the ability, at any point in time on a live server, to take a snapshot of the entire server. For larger servers (50Gb and up) this only takes around 30 seconds to complete, all while the website remains live and operational. This enables you to:
Normally this sort of process would have involved getting in touch with a hosting provider, scheduling in a time for a snapshot to be taken and then – if something went awry – getting back in touch with the provider for them to restore the snapshot. Those delays in getting a hosting company to action a full server backup and restore may not sound too bad, but when your site is offline while a restore is scheduled or you’re in a queue to get through to the hosting company the 15-minute process of restoration could quite easily stretch out to two hours.
Likewise, as simply scheduling in a time for a snapshot to be taken involves an investment of time for something that is very unlikely to be used, snapshots are often not taken unless a major change is to be made. With GCP, the ease of taking a snapshot whenever you’d like means you’re more likely to do so on a more regular basis, even when making minor changes. This mitigates risk and should a minor change somehow have a very large side effect, you can easily roll back.

Within the Google Cloud Platform, you can scale your servers up and down as needed. You only pay for the quality of server you’re using at the time, so if you have a very large Black Friday sale coming up and expect that the traffic hitting your server is going to quadruple for a period of two days, you can simply allocate four times the resources to your server for that period before adjusting the server back down to its original size.
Traditional servers require physical changes to the hardware to upgrade (or downgrade) your server based on the growth of your business or seasonal and event fluctuations. The ability to scale up or down your service based on demand without manual labour is a key feature of this platform.
Does enabling your business to benefit from Google’s ongoing innovation makes sense to you? Talk to Kook today about assisting with moving your website hosting to Google Cloud Platform.